Help for Writers from the Authors League Fund 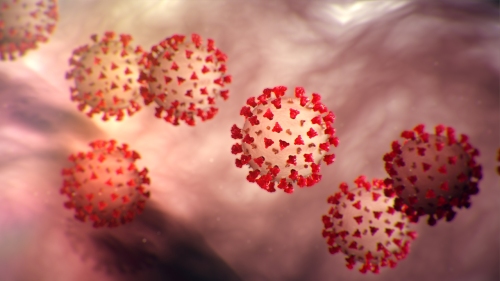 The Authors League Fund has received 300 applications from writers facing total income loss due to COVID-related cancellations of writing, teaching, and editing jobs, as well as lost speaking engagements and other paid appearances. “In a typical year, we hear from about 115 writers total. With this new, extraordinary need, we aim to help as many writers as possible – while continuing to help writers with severe medical emergencies unrelated to the crisis. If you are able to make a donation, it will go directly and immediately to writers experiencing COVID-related income loss. Our support is being used for rent, groceries, medication, and other necessities.” Thank you for helping. https://authorsleaguefund.org/donate/

Filed under Books and Readers, Writers

People Don’t Change? Yes, They Do.

“Don’t surrender all your joy for an idea you used to have about yourself that isn’t true anymore.” —Cheryl Strayed

This quote has meant the world to me at different times in my life, and in different ways.

After my husband died, suddenly and unexpectedly, leaving me nonfunctional for a trackless time, Cheryl Strayed’s words helped me on my journey toward understanding that his death had changed not only the circumstances of my life … his death had changed me. For a long time afterward, I was incapable of feeling any deep emotion except anger. Grief had wrung me out and left me emptied. Grief had taken my motivation, ambition, concentration … my caring. There were years when I truly didn’t care whether I lived or died. I’d lost my identity. All my old ideas about myself weren’t true anymore.

During those years, I felt no desire or impulse to write, or even to acknowledge that I had written. Cheryl’s words gave me permission to give up the idea that I was a writer. It wasn’t true anymore, it was an old, defunct notion of myself, and if I tried to cling to an identity that I had worn in my death-haunted past, it would mean surrendering the tiny sparks of joy that were slowly beginning to appear in my present.

After the unthinkable happened in November 2016 and America began marching toward fascism, my patriotism awoke and I got deeply involved in political activism. I made protest signs, I took to the streets, I registered voters, mailed postcards to voters, knocked on doors for progressive candidates, held office in a local group of liberal women … put in long hours doing everything I could to save my country from a dangerous sociopath. Few of my fellow and sister activists even knew that I had had a professional career in publishing, had edited magazines and books, and had written seven books including a fantasy trilogy.

Then came the year 2020, and coronavirus.

The virus was in America in January, but as I look back at my January 2020 calendar I see only my activism: political meetings, blockwalking for candidates, registering voters, attending the nearest Women’s March. Then February, and more of the same: protesting the treatment of asylum seekers at the Texas-Mexico border; attending candidate forums; getting trained on new computers for Election Day; working Early Voting. In amongst the activism I had the flu (or was it coronavirus? an antibody test may eventually tell me). While working Early Voting I caught a terrible head-cold that still plagued me when I put in a 15-hour day on March 3 as an election judge for the Democratic Primary.

My final political meeting happened on March 10. By then, cases of Covid-19 were being reported in the urban county next-door, and all my activist friends decided it was time we hunkered down. I went to the supermarket on March 13—my final time to actually go inside the store. Since then, it’s been all pickup orders, with me staying safely in my vehicle while heroic grocery workers bring food to me.

I suddenly found myself with time again. After years of being exhaustively involved in political work, I was suddenly cocooned at home with my computer, my Internet connection, and a Nook tablet full of audiobooks. Thanks to my sister-in-law, who gave me an Audible membership for Christmas 2019, I had recently finished listening to The Lord of the Rings narrated by Rob Inglis. A masterful performance.

And an inspiration. Though I wasn’t writing now, I had written. I had a fantasy trilogy to my credit, which many readers had described as cinematographic. While I was writing Waterspell, I saw the story play in my head as a movie, and evidently that’s how it plays for my readers. I found the LOTR audiobooks to be even better than the films—they were as cinematographic as the movies, but unabridged, complete in every detail, the perfect synthesis—book-plus-movie equal audiobook.

Inspiration begat action. Production on the Waterspell audiobooks began on March 18. My narrator is breathtakingly good. He gives me goosebumps with his interpretation of my story.

And once again, Cheryl Strayed is helping me give up an old idea so I can embrace the joy—the change—that comes with a new idea. I spent years trying to save America from itself. But honestly, if coronavirus isn’t enough to remove a pathological narcissist from office—and all his soulless enablers with him—then there’s nothing I can do with my protest signs, political meetings, and earnest postcards.

I’m not willing to surrender my newfound joy for my old idea that I’m somehow essential to saving the country. If it were ever true, it isn’t true now. I’ve acknowledged anew that I have written. Whether that will translate into new writing (Waterspell Book 4?) remains to be seen. But once again, I am changed. I can feel again. I can care again. I am experiencing emotions that are higher and better and deeper than anger. Motivation is returning, and even a hint of ambition.

Thank you, sister Suzy, for the gift of audiobooks, which planted the seed of the joyous new idea. Thank you, Cheryl Strayed, for giving me permission (thrice) to let go of the old and receive the gift of the new … The gift of the future.

Filed under Books and Readers, On Writing

Save Your Local Bookstore

The “Save Your Bookstore” app is helping indie bookstores stay afloat during the pandemic. Use it to find your nearest bookstore (mine is The Published Page in Cleburne, Texas); and use the app to get gift cards, curbside pickup, free deliveries, and discounts on great books to carry you through the quarantine.

You can search for local stores on the website, or scan the code to download the app to your phone.

Filed under Books and Readers